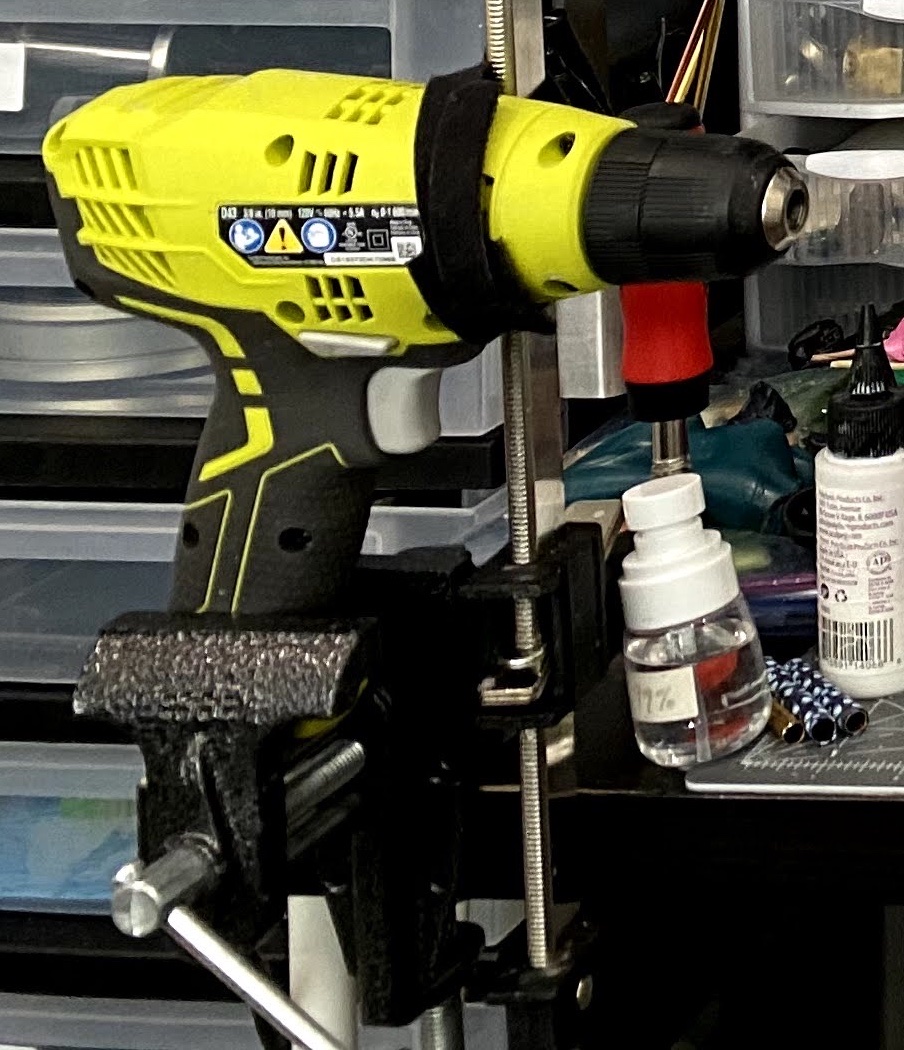 I was very interested in finding a solution that let me use both hands at once, so searched for drills and found this Ryobi (model D43K) with this specific feature: “The variable speed trigger helps you match the speed to the application, while the lock-on feature enables continuous drilling and helps to reduce operator fatigue during long drilling times.”

To solve the last hurdle, I rigged together a setup with two vices and some Velcro cable ties and it works surprisingly well. It’s not perfect: there’s a bit of give, and you can’t orient the handle 90 degrees the other way, the vice won’t hold it steady. But I haven’t had any issues yet and I’ve been using it for a few weeks now.

When I’m not doing a pen, I just remove the mandrel and I get almost my whole work space back — if you have a larger table, it would be even less of an issue.

Here’s a photo of the drill in its vices:

Next up I’d like to look into flex shafts, because I suspect that would be the perfect final solution for me: attach a flex shaft, put that in the vice, use the always-on button on the drill and finish my pens easily and safely. When I’ve done that, I will make another post here.